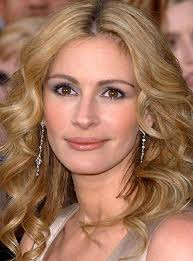 Thanks to Erich Emerson

I love Julia Roberts. I do. When I watch her on my http://www.tvbydirect.com on my lonely Friday nights, she never fails to come through for me. From her leading portrayal of "lady of the night" Vivian in "Pretty Woman" to her Oscar-winning, title role in the legal drama "Erin Brockovich," she brings a fresh perspective to almost every role. She is even wonderful at playing a leading lady in her animated roles, such as Charlotte in "Charlotte's Web."

I must admit that my favorite role that Julia Roberts played was the southern belle, Shelby Eatenton Latcherie in "Steel Magnolias." She captivated audiences and told the story with perfection. Also, I loved her as domestic violence victim, Laura Birney in "Sleeping With The Enemy." She truly set herself apart from the rest when she played Susan Sarandon's nemesis as Isabel in "Stepmom" and a poor, lonely housemaid in "Mary Reilly." The roles were played with absolute perfection.

Those types of roles are ones that set her apart from the rest of Hollywood. With the natural ability to capture the attention of the audience, she is by far the most versatile actress to ever hit the big screen. Her work will continue to stand the test of time and I have a feeling that like most true great actors, she will only get better with age.